I can be extremely possessive with friendships but some friends you just can't keep to yourself. One such friend is radio and TV personality Angela Coleiro. Catching up over a cup of coffee in Gzira last week, we're constantly interrupted by people coming over to say hello. As irritating as I find this, Angela smiles and takes it in her stride. She's friendly to each and every one of them.

One winter, thirty years ago, I received a call from Angela. She'd taken the plunge to come out as trans. Angela had decided to accept what she always knew to be true. I couldn't wait to return to Malta to celebrate this momentous occasion with her.

"People can sense when you're being yourself and being genuine. That's why people feel comfortable to stop and speak to me and I appreciate that they do."

We were in our early twenties back then. Now in our fifties, we find ourselves together again having coffee under the Malta sun. I'm interested to know what her followers, the people who approach our pink gingham covered table, think of her and why they admire her.

"I haven't fabricated a persona for radio." she tells me, "I'm always myself - I don't put on a special radio voice." What you see is what you get with Angela.

From watching the people who interrupt our chat, it's evident that they relate to Angela. The listeners of Good Vibrations on Net FM radio, call or text to request songs, mostly 80's pop. They want to tell her about ordinary stuff. It's a rather simple and well-tested formula. "People can sense when you're being yourself and being genuine. That's why people feel comfortable to stop and speak to me and I appreciate that they do."

Does the fact that Angela is a trans woman feature at all in her listeners' reasons for following her? "That's a interesting question", Angela mulls. "At this point I'd like to think I'm just Angela to them. I suppose there'll always be a certain fascination with some." What people like in a person is complex -we're all a blend of characteristics. Our history is part of that but there are so many elements to each individual. What makes us interesting to others can't boil down to just one aspect of us.

"The fact that I am transgender has helped me in the past". Angela says that initially it gave her profile in the media a boost. "It's human nature to be curious and to want to discover what is unfamiliar." It was, however, vital that they moved on and appreciated her for her skills. Angela is also the executive producer of her show.

As an actor, she also met with resistance to being cast as anything other than a transgender woman and she had to battle not to be typecast. Times did change and Angela's last role was that of a cisgender woman, a villain in a soap TV series.

"There are many issues which are important to me besides LGBTQI...
My being transgender doesn't define me"

Angela had a short brush with national politics within a party perceived to have let down LGBTQIs in the past. What was it that made her stand for election?

"There are many issues which are important to me besides LGBTQI. This lines up with what I was saying before. My being transgender doesn't define me. I felt that was the Party through which I could be most effective and, to be honest, I felt the  Party had also changed."

Angela was a candidate for the Nationalist Party for all of four months and resigned "for personal reasons". She found politics to be a vicious arena and admits to having underestimated the effect on her personal life. "I came to the conclusion that I could do a lot more without the need to be in parliament. You have a voice, in particular if you're in the media, which you can use for the good of your country."

"Time gives you confidence. Whoever and whatever you are, happiness within oneself trumps passing."

Does Angela think passing makes life easier? "I had my gender reassignment surgery 29 years ago but I lived as a woman for a few years before that. I was gifted with a face which was effete to start off with - no strong facial features and relatively small hands. My shoe size is a 39 for example." but it doesn't mean it was all plain sailing. "I initially wore a wig and it took some time to learn how to use make-up and feeling comfortable in public". Angela feels that life has taught her that it's more about how you feel rather than what you look like. "Time gives you confidence. Whoever and whatever you are, happiness within oneself trumps passing. If you're happy within your own skin, it doesn't really matter what you look like."

What would Angela tell her younger self? Angela came out twice, sexually first and later on gender-wise. "Things were very different in the late eighties. Discrimination was endemic. Even with family, it was definitely harder. My father was conservative and very strict. He couldn't understand nor accept" so it took time until Angela could come to terms with the situation. "At the end of the day, you have to accept and be yourself. What I'd tell my younger self is - God, Angela, you're so brave!"

Angela lived in Vittoriosa for 18 years, a few streets away from Indulgence Divine. What did she make of the town? "I felt very much at home and loved the people there. They can be in your face but they're so genuine. They'll tell you if they like you, they'll tell you if they don't. People from the south will help you if they can. The people of Vittoriosa love gossip too". Angela confirms she's always felt welcome. "Although not originally from the area, I was accepted as an intrinsic part of the community." 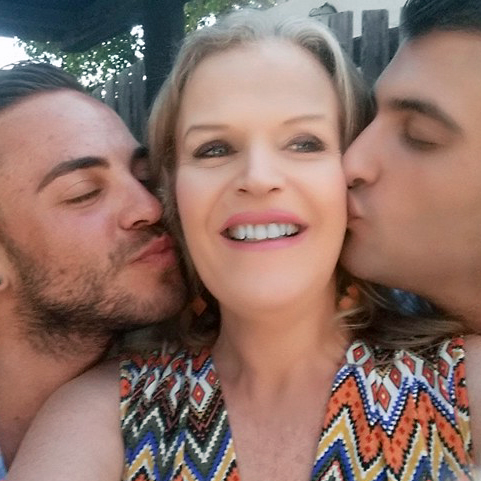 What is it that Angela loves about Malta and what would she like to change? "Although I don't go swimming much these days, the Mediterranean sea is a thing I'd miss were I to go live elsewhere. I've also seen Malta become more cosmopolitan with a generous mix of nationalities. This is manifested in the variety of food you can access. Immigrants have set up restaurants and brought exciting cuisine from their motherlands."

"You can now come across Thai food, Indian, Chinese, Lebanese, Turkish, Japanese food... it's a variety we weren't used to a few years back."

And the things Angela would like to see change?

"Ha! Don't you start me! Government needs to sort out public transport, make it viable and efficient so that people, including myself, are weaned off the car. Traffic has become ridiculous."

"Oh, and I'd make it compulsory for every young person to live abroad for two years so as to broaden their horizons and way of thinking. Malta can be insular because of its size and it being an island too. To still meet young people who have issues with, say, LGBTQI is a hard pill to swallow."

I asked Angela for two underrated places or activities she'd recommend to our guests when they stay.

"There's nothing more fulfilling than winter walks in Fawwara, close to its more well known neighbour Dingli Cliffs. If you venture a bit further than the popular cliffs, Fawwara will take your breath away."

"There you'll also come across some remains from the Bronze Age - granaries in the rocks." and they're conveniently signposted.

"Walking in Gozo is also something I'd recommend. Get lost in the hidden spots and gems there and I'd recommend going in winter when it's greener."

“one of Europe's most desirable rental properties” 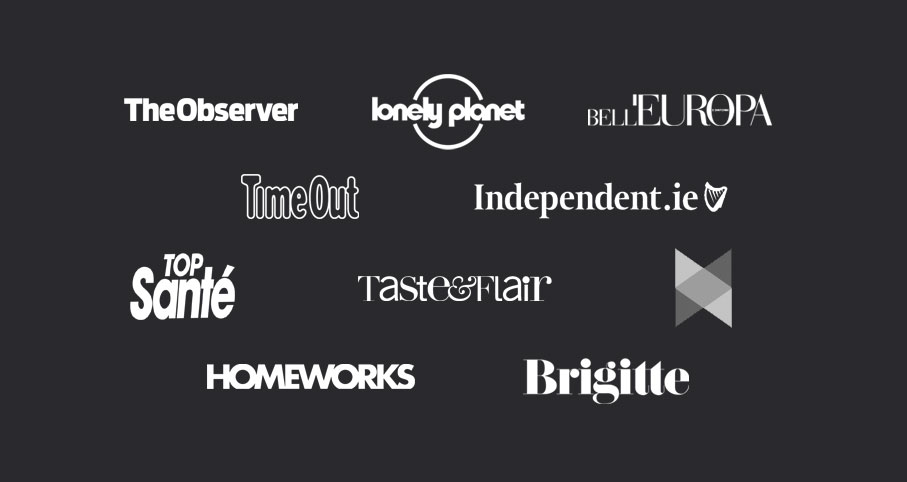